Years ago I came across Hans Rosling. A phenomenon when it comes to fact checking, and eve more about the way he presented his data. Originally a medical professor, who worked a lot in developing countries, . He got annoyed by the false figures popping up in the press round the world, and in general with the ignorance of the public about what really is happening in the world. A lot of things are improving globally, while most think they ge worse. He also showed that there are no under-developed nor developed countries, In fact all countries are on a path upwards, improving, only at different speeds and from different starting points in time. Together with his sun and daughter in law, they made it their daily business. Which led to a beautiful website, Gapminder, with a lot of data and a very visual and illustrative section: “ Dollar street” . [1] Families from around the world are portrayed, with everything they have, own and earn. As for instance toilets at different levels of development.

Hans Rosling not long ago passed away, while working on their book. Recently it was published: Factfullness. [2] His children continue the work.

Now Marc Roser, sitting on top of all these data, was contacted by Bill Gates. Gates, who got rich with Microsoft, and now, uses that wealth to try to improve the world according to his personal views, asked Roser to deliver him 4 sheets that showed the progress of humanity. And Marc Roser delivered sheets with the following graphs: illiteracy (declining), wars and deaths by wars (declines), child mortality (declines), etc. [3] And indeed, on the human side we are doing better and better. And Gates thanks to Roser uses the sheets in his presentations.

And of course I wont deny those data, the human world is indeed improving. But I wondered, how on earth can you present these sheets, without showing the down side as well? Thats presenting an overly optimistic view, as if all is well.

The truth is that it is everything on the human side of the balance that improves, but at the costs of the system that should support it. We are depleting and devastating that system, for our temporarily happiness and wellbeing. However, there is currently no balance in what the earth can provide, and what humans distract from it. The real issue is the equation R/P : Resources divided by the population . And the point is that people can adapt their needs and wants and successes, but the system earth can not: there is a maximum that can be produced, and thats it. The R, the resources, is a fixed potential, only made invisible due to depletion of stocks formed in the past. On the human side nothing is fixed, everything is variable . I call this the Welfare potential, and its given by R/P : Resources divided by people. The resources potential ( carrying capacity of the system), is fixed, while people consume ever more, and grow in population. Somewhere that collides.

The earth system has a certain potential in organized, ordered resources, and some re-o 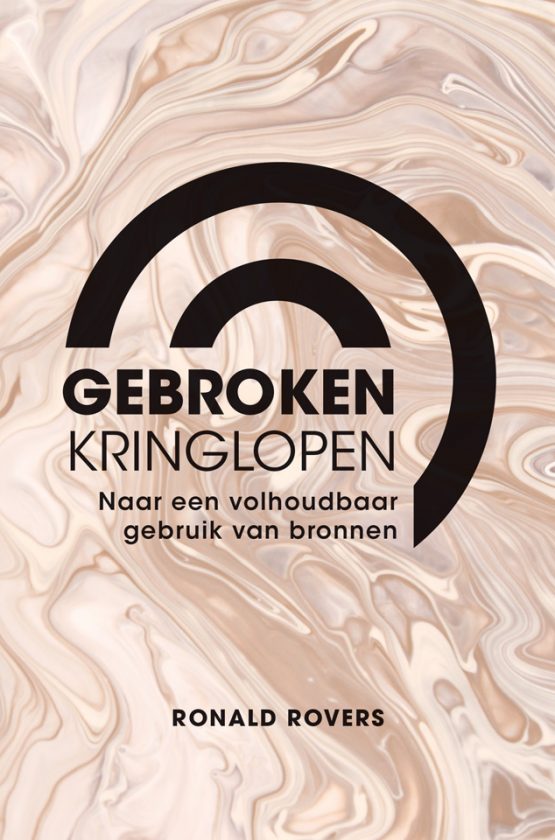 rder within human time horizons like wood, but the total won’t change, Nothing is added to the earth system in mass, ever. The organized and easy to use stocks will only decrease, since all changes create disorder, make molecules get dispersed and hard to find in the background dust. So we are loosing potential rather then staying balanced , let alone, increasing in potential. The only escaper route is the resource Solar radiation energy. However, to capture and use that resource, requires materials again, of which we only have limited and decreasing useful stocks. This is precisely what I analyze in my just published book: Broken Cycles . For the moment only in Dutch… I am searching for an English language publisher. [4]

Now Gates can go around and show the 4 humanity positives, But I would like to show 4 sheets that are a summary of the other side of the equation, showing the consequences, the decreasing resource potential. I was not asked by Gates, but anyhow.

There are many topics that I could have chosen, And obviously Global climate warming could have been one of these. Or the amount of refugees, or ocean acidification, ( which are all on the rise) But in fact these are side effects, and I thought it would be better to go for causes. And causes are in our use and decline of resource stocks. So I have chosen Fresh Water, metal ores, biodiversity, and land.

Renewable Fresh water availability has declined fast over the past decades, and is now around 6000 m3 per capita per year. [5] While the fresh water consumption is risi 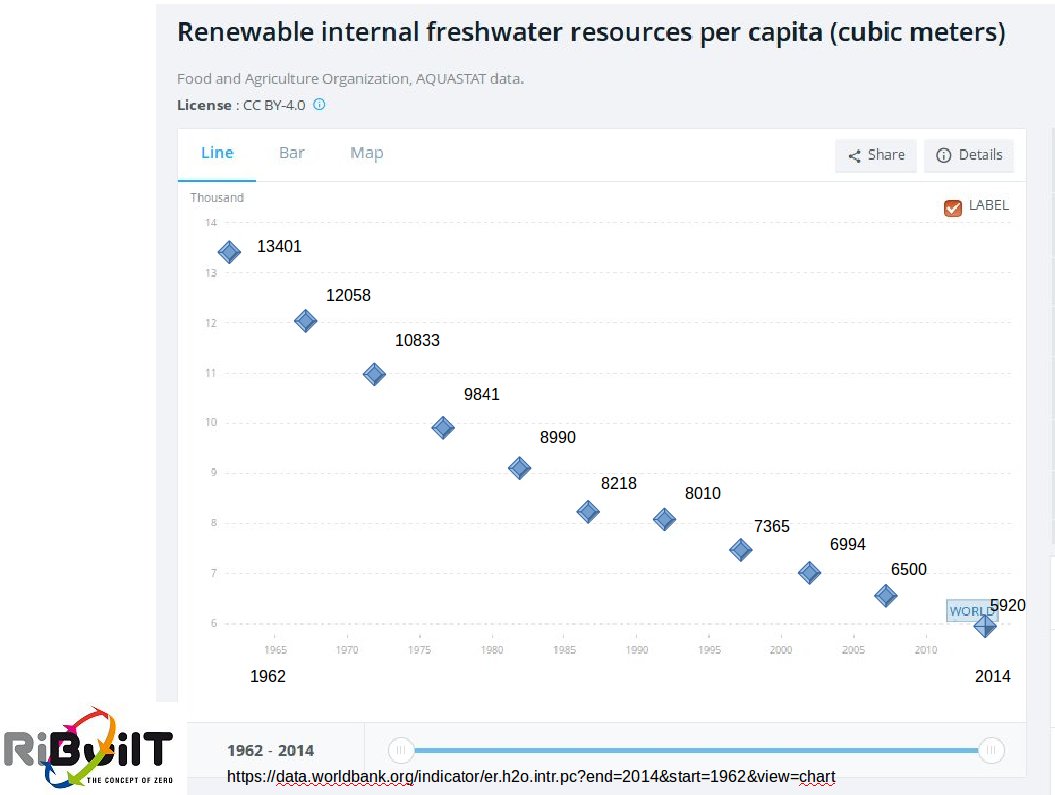 ng, in the USA its now around 2800 m3 per capita-year. [6] Yes, that might seem not too bad, but fresh water stocks are depleting, and the need for fresh water is not always where there is availability, We are at a point where severe water stress is already happening, as we can read in the Newspaper. Egypt is fighting for its Nile water, which is increasingly used upstream. Cape town, California and many other places struggle with fresh water already, [7] And the situation will not improve, when fresh water stocks like Glaciers, will decrease and disappear.

Secondly, our metal ores: The ore grades are decreasing. While in the p 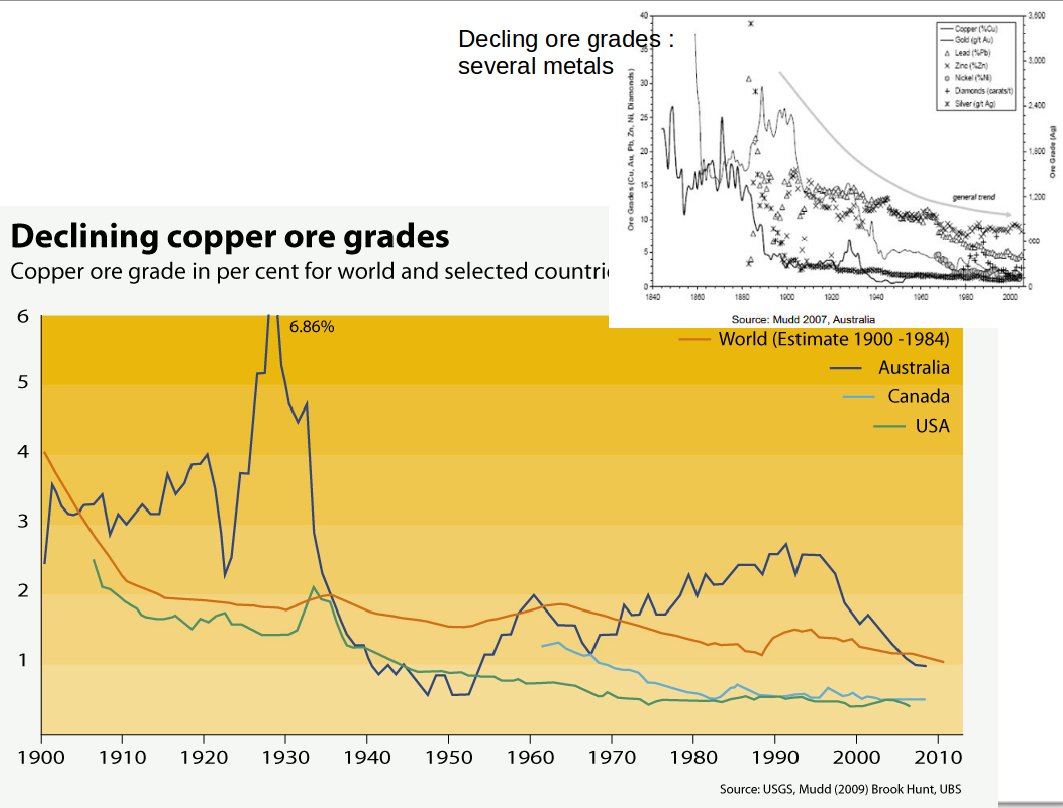 ast Copper ores could be found with 10% fraction of copper, now it has gone down to 1 % and decreasing. The same is happening to many other metals. [8] And Yes, still there is a lot of metal ores in the earth crust, The problem is,. It requires ever more energy to yield the ores, with halving saturation the energy to invest will double or quadrupole even for some metals. And that while we have an energy problem, want to get rid of fossils and avoid global warming as a side effect.

The third graph is on biodiversity at the hart of sustaining life on earth, it all i 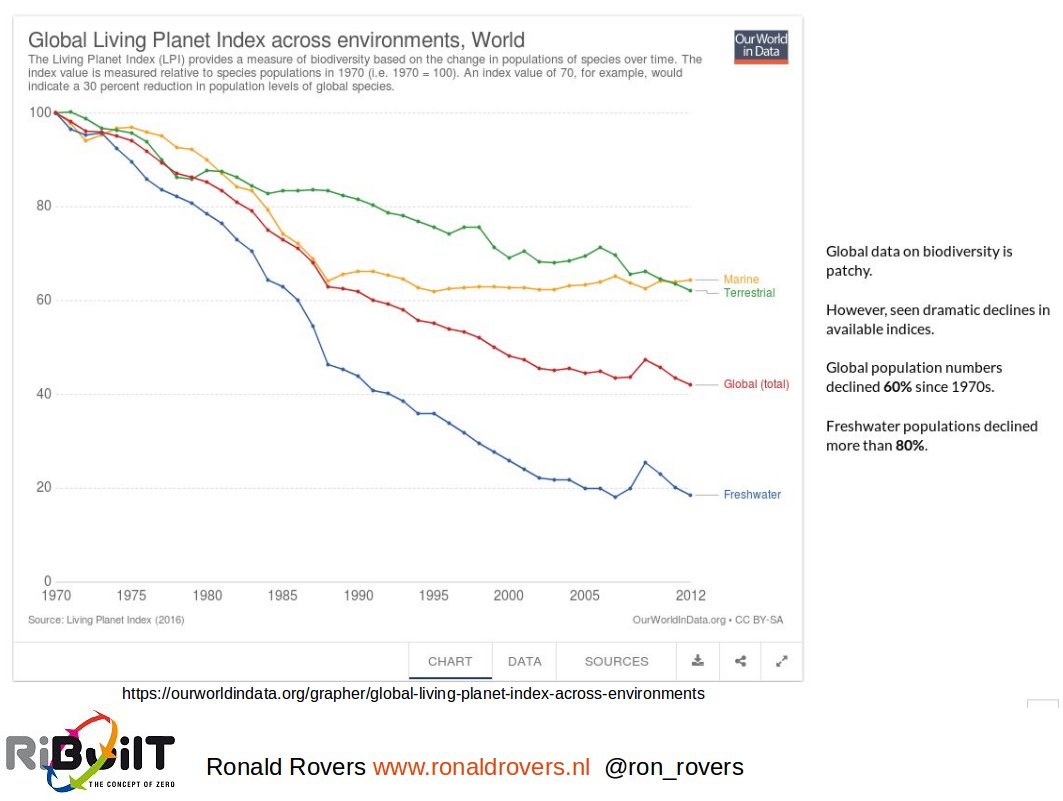 nteracts. And our behavior has devastating effects on biodiversity: Its decreasing very fast. Not only in extinction of species, but in size of stocks : The land based mammals went down by 60% in the past decades, the marine species by over 80%. [9]

Yes, evolution cause species to decline, and others to grow, But currently all decline, except 1 , the human species . Bu this specie sonly can not survive without the services of the others (think of bees) . Thats a trend that has to be stopped.

Which of course is heavily related to maybe our most precious stock: Land , and land use.

The agricultural land available per capita (arable, permanent crops, permanent meadows and pastures) decreased the past 50 years by half: from 1,5 ha to 0,7 ha per person. [10] If we look at arable land only, it has decreased from around 0,45 ha to 0,15 ha since 1950. 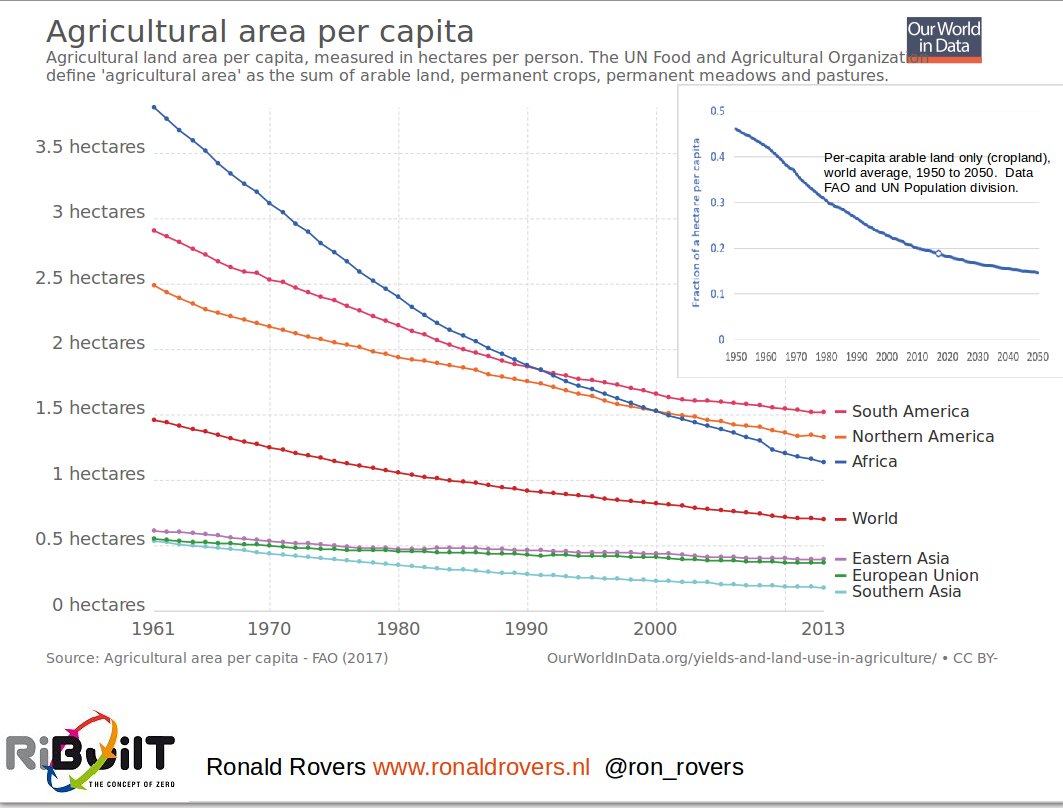 And, yes, yields have gone up, but only due to excessive input of (non renewable energy, the EROI of agricultre changed from 5:1 to 1: 10. [10] Thats is: there is now 10 units of energy going in , to yield one . As food. In fact food production is actually destroying energy actively, and increasing our problems. A recent PhD study in the Netherlands showed that to create a sustainable system, we should go back to labor again, and forget about heating greenhouses. [11]And in that case the Netherlands could support itself, but not export anything anymore. (as we now do in huge quantities).

These are 4 of the basic Resources, that are all shrinking towards high risk levels. With threatening side effects that I even did not mention.

So the P from people seems doing well, but the R , the foundation under the human wealth is eroding fast. And all the positive results on the P side will collapse, if we continue plundering the R side.

Mr Gates, you can’t show your slides, without showing these as well. All facts, please.

and their environmental implications for the future. Research Report, October 2007 http://civil.eng.monash.edu.au/about/staff/muddpersonal/rr5/ .

we left the planet to the multinationals and the billionaires, and now we have to buy it back...