I am often amazed at the amount of lights in the built environment, which only seems to be growing. Everyone thinks they have to illuminate everything. Driveways, stairs, gardens, anything you can think of has a light on it. That started yeas ago with the introduction of energy saving light bulbs. The effect was, as researches showed at the time, is that energy-saving lamps caused an increase in the number of light points. It was thought that this would be less of a problem with energy-saving light bulbs. That is the rebound effect. Which can be observed in many sectors: if energy is saved, there is money left over, and that has to to be spent, so we invest or buy something else. As long as we work with the current monetary system, it doesn’t matter what we do, it won’t help. And think of all the money savings that have been building up during corona, and will be spent soon… Anyway, I this was about light and light poles….

Now with LED lights , the number of light points explodes completely. Also at city level. For example, I am regularly amazed at the number of lampposts along streets and roads. If you pay attention , you can observe a lot of them. I found a study for the Netherlands that there are about 3 to 4 million: 1 light pole/ lamp post for every 5 Dutch people….! [1] Amsterdam alone has 240,000…![2]

The electricity consumption is estimated at 1.5% of our total Dutch energy consumption. [3] I would have guessed it was higher, but even then, it can still be a lot less. It might already be lower, with improvements in the lamps for lampposts. But that does not alter the fact that there is also an enormous impact from the materials, especially for the light poles. And after all, if we look globally , extrapolating from the Netherlands, averaging half the world has the same amount, it adds up to at least 600 million lampposts!

So every kilo of material that can be saved on light poles has a huge effect. And so has the choice of material itself: if you opt for instance for aluminum lighting poles, you have a much greater material impact as for any other alternative, and 600 million times!

A little while ago, we made the actual calculations: What is the impact of a light pole made of different materials. And for the total calculation , in which the cycle is closed. Therefor including regeneration of the raw materials stock. Or in other words including the exergy loss in the system expressed in Embodied Land. It was a pilot for RWS to investigate the effects with MAXergy and Embodied land calculations.[4]

We investigated lighting poles made of aluminum, steel, composite, wood and bamboo. (mast only)

And calculations are made with the direct land use, the embodied energy for processing, and the circular energy, the energy to restore the stock of raw materials. In the case of wood and bamboo, the latter is of course direct land use, in the case of the other materials its indirect land use: how much energy is needed to recover the relevant material from the background, to restore and make it available again in concentrated form. The energy for that is re calculated back to the required land use (as solar energy).

For most metals, the reference background to restore stocks is the metal ions dissolved in the ocean, the place where all weathered remnants eventually end up through leaching and groundwater transport. The ocean then serves as the reference environment, the state with the lowest quality or the highest entropy within the (more closed) system. In this context, just think of the plastic in the ocean, which is much more visible but goes through a similar process. And getting it out of the ocean again takes a lot of energy.

The calculation unfolded led to the following data: 3320 m2-year of land is needed for aluminum, 1640 for metal, 123 for composite. And wood and bamboo not surprisingly require the least m2-year: With resp. 30 and 16.5 m2. Considerable differences, and reason to think carefully about the choice of material and impact even with something as simple as a lamppost. Remember, it is not about 1 pole, but about millions of poles. 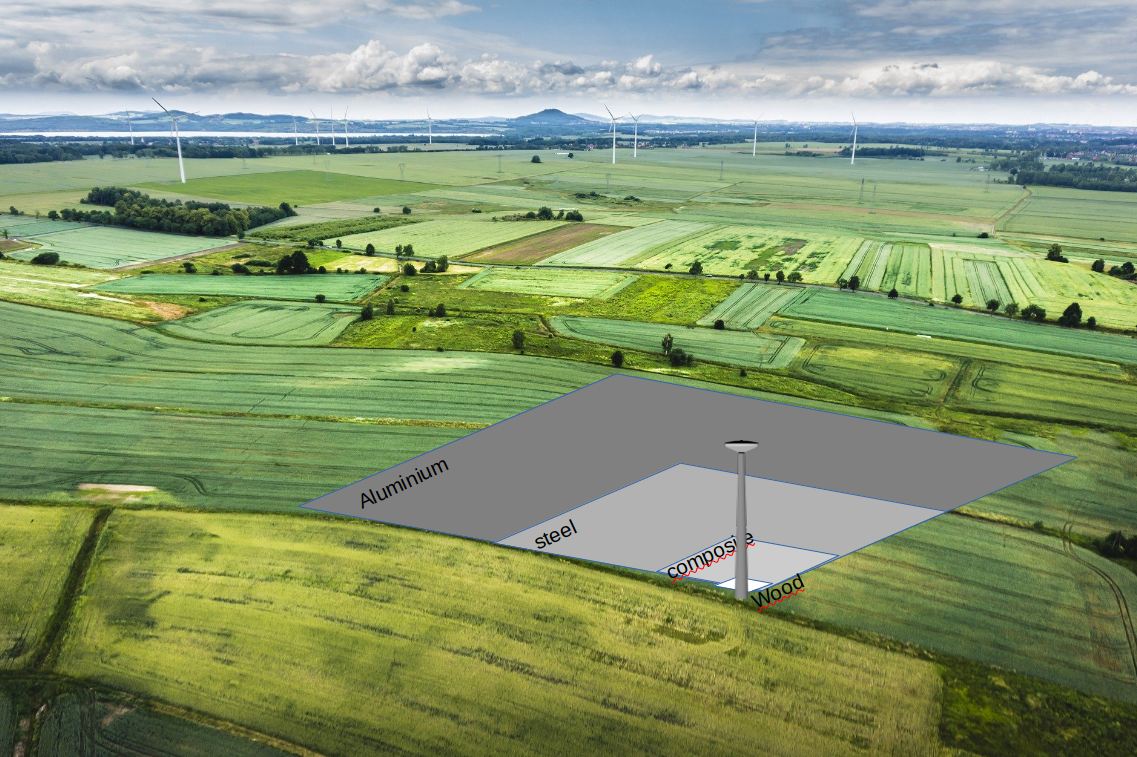 As I realized , we could have known the outcome: we now want to get rid of fossils, and then just look at the applications before we started using fossils: at that time masts were mainly made of wood, the first ones for communication lines with a telegraph, later for telephony. And in use even late in the twentieth century. In some countries you can still see the use of wooden posts. That seems to be the most effective method, without fossil fuels.

A central question, even before the materials choice is of course: are so many poles needed? Apart from the number of light points, but does everything have to be mounted on a pole? Of course not. There are still places where street lamps are simply screwed to the facades of buildings. Which used to be the first option. And the most effective way is of course hanging on a cable over the road. It is incomprehensible that this does not happen more often. That can also help in reducing cabling, because if we just connect is to the home or building grid connection, that makes a significant difference in cable material. 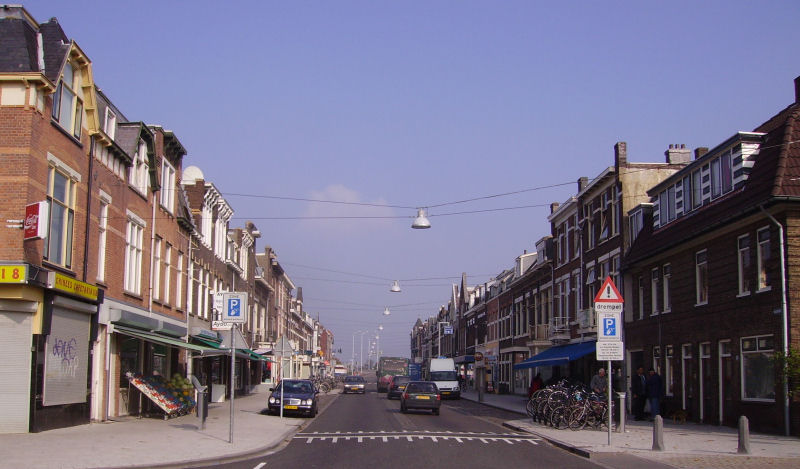 Or thinking a bit further: make sure that providing a piece of sidewalk including lighting becomes a obligation with the house: that the owners of the house are responsible for this themselves. After all, that road is only there because they need access to their home. (at neighborhood level). Perhaps then management and maintenance will start to be treated differently, with, for example, a cable high over the road and a sensor to save energy. Much cheaper and also much more effective.

There is still a lot to improve. As for instance along a bicycle road I regularly use going to town: it has separate light poles for the road and for the bicycle path! Why not mounted those lamps on both sides of one and the same pole? That saves half the poles for that stretch of road! And 50% less chance that if I come back from town late at night, I will find a pole in my way…

By the way, if then it would be made of wood, that also would make a difference in the impact, of the collision in this case…