Just recently, in May, Jaime Lerner passed away. He more or less invented sustainable urban development. A little tribute.

Everything has to be sustainable or circular these days, including the cities. Now, is there a city that has already applied many of these principles, where there is something to learn? One that not only closed cycles, but also distributed the resources more fairly, and took responsibility so that its residents could maintain a certain basic provision level, even in bad times?[x]

There certainly is, and that is Curitiba, in Brazil, of course. Under the inspiring leadership of Jaime Lerner, as mayor of the city, work has been done since the 1960s for a more sustainable and inclusive city. I had already read a lot about it at the time, but was fortunate enough that in 2004 I was able to visit it with friend and colleague Kazuo Iwamura from Japan, and was shown around by Jaime Lerner himself.

The city grew strongly in the fifties and sixties, with all the consequences that entailed. It was time for a master plan to control all that. That plan came to fruition, and was also the blueprint for the development in the decades that followed, with ever new elements that fitted in with the same philosophy.

An important reason for action was the growth and increase in car traffic. This threatened quality of life and increased the distance between rich and poor. And Lerner, trained as an architect, noticed that children no longer played in the street. Even then. While, as he stated, “the street is (should be) the synthesis of life”, and: “the more mixed functions, the more human a city.” It is recognized in numerous cultures, according to Lerner: “multifunctional design and planning is a linear approach, and the mixing of functions is a circular approach” (!).

And on that principle the projects were started at the time, always in an integrated manner.

Important topics were: a linear instead of a radial development of the city, fast and affordable public transport, an accessible city center, social and cultural integration, employment opportunities, and low use of materials, mainly motivated by cost savings. Incidentally, Lerner explained to us, that if you subtract a 0 from all budgets, only then you become creative. And if you subtract two zeros, only then it becomes sustainable….

The most famous project in Curitiba is undoubtedly the public transport system: The metro was an option, but it soon became clear that a good bus system would be 100x cheaper. But it had to function as a metro system. So roads were redesigned for an optimal bus network: “We used existing streets as only bus lanes”. Because: “cars are not sacred”. The buses ran every 10 minutes, not to a central station but as a radial network, and over the years a perfectly fast boarding portal was developed: boarding at bus level, and tickets already been paid. And the speed as if it were a Metro system was achieved.

Incidentally, like many other projects this was again combined with a social project: Waste is not waste but raw material: People who collected waste and brought it sorted to the processing stations received free bus tickets in exchange. The knife cut on many sides: “people did not change to Public Transport for sustainability…, but because it was a better alternative. 25% changed in the first years.”

The transport system was not the first project with which he caused a stir. That was the conversion of the city center into a pedestrian zone, something that only started here decades later. It became his masterpiece, since it gave him credit and more space to maneuver later. There was a lot of resistance, among others from shopkeepers, for banning cars. So Lerner requested his public works for a plan that everything could be realized in 1 weekend. The first plan public works came up with would take a month. And he sent them back: “ 1 weekend, I told them. Then they came back: we can do it in 1 week…And again I sent them back to the drawing board. In the end, they did it in 72 hours” . Speed was crucial, Lerner explained, for 3 reasons: to limit periods of uncertainty. to avoid bureaucracy, and to avoid political problems: it was not possible to take legal action during the weekend. It was finally delivered on Monday evening, and after some fiddling, after a few days it turned out to be a success, and everyone was happy. Of course, that also made follow-up projects easier, it earned him credit.

Following on from these first projects, many other initiatives were developed over the years, of which I found his construction and housing policy to be the most impressive: There was a detailed vision of the city, building higher only along the linear enrty roads, and low-rise buildings in the zones in-between, especially two layers maximum. But it was not a wealthy city, and social housing was also needed, but there were no resources. So creativity was required: and found in the arrangement that someone could get a permit for a third level, at the cost of a 1 level social house. Easy financial arrangement, leading to social housing and wealth redistribution. The same approach was later used when renovating historic buildings: an extra floor was granted, when the client took responsibility to renovate a historic building elsewhere at the same time. (‘Building rights transfer act’)

Liveability and participation were key principles in the transformation of the city. That is why local training centers were also established, where everyone could learn a profession for free: such as dressmaker or welder (‘Lighthouses or Knowledge’).

An education plan for children was set up, as well as cultural centers for all minorities, of which Curitiba had quite a few, mostly Europeans who had sought refuge in Brazil.

Polluting industry was banned, environmental pollution addressed through the Municipal Zoning and Land Use Act (1975). The Municipal Decree for Riverside Areas Preservation (1976), ensured that the river was not channeled but given space , and combined with parks and sports facilities along the river that could flood. Even then…

Re-use of spaces and buildings was paramount, and general facilities were established in available buildings and former mining areas. Again with minimal investments. For example, a former quarry was transformed into an opera house, but then open-air, where the contours of the grandeur of an opera house were marked by a tubular steel structure. Very special. Many parks followed and public green spaces rose from 5 m2 per inhabitant in 1960 to more than 50 m2 in 2000, while the population has grown strongly during that period. 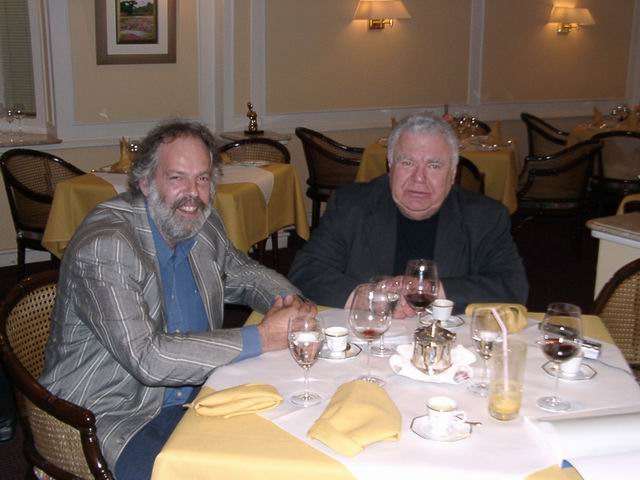 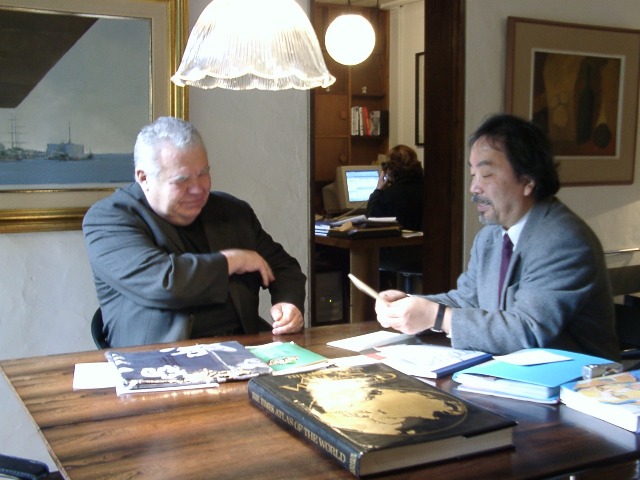 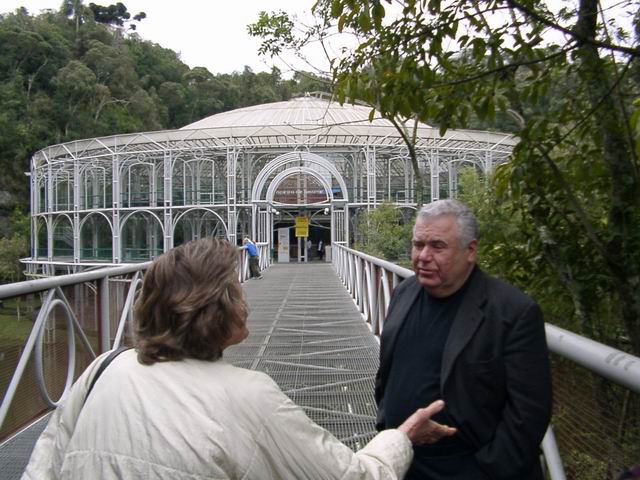 It’s just a small selection of all the interventions, and it was great to walk around there, seeing how Lerner was greeted enthusiastically by local people at every stop. With time and a good word for everyone.

“You don’t need all the answers, and should be prepared to make mistakes”. That’s what he told us. You just have to start, and “ Incredible , how far you can go when you just start things”

a wise lesson, for us, here from the eternal debating and compromising land.

He would , in several periods, become mayor 3 times, and later governor of the province, after which he founded his own institute, and advised many cities.[x] wiki In addition, he recorded his experiences in a book as “Urban Acupuncture” [x] .

note: It later inspired, among others, Katleen de Flander to a PhD thesis on its application in European cities: small interventions that can tilt the urban climate, and spread like an oil slick, especially related to resource use: Open cycles closed cities, closed cycle s open cities” [x]