A few years ago, together with colleagues Guillaume Habert from Switzerland and Thomas Lützkendorf from Germany, I started exploring the CO2 budget that was still available, and the consequences for construction. This budget of maximum remaining CO2 emissions to stay below the 1.5 or 2 degree threshold is limited. Science has been able to determine that fairly accurately. Divide that maximum, on what we currently emit annually and you know when that opportunity has passed; for 1.5 degrees globally that is by 2028: then we will have run out of that budget. See the live-counter here [1]. The preliminary findings were presented in a session during COP22 in Marrakesh [2]. The group of researchers involved has been expanded in the follow up through a number of workshops. A first paper has just been published on the distribution of that budget, written by this group, led by colleague Habert of ETH Zurich. [3] ( By the way , the whole issue of Buildings&Cities journal is dedicated to Carbon budgets).

This paper describes a framework with which that budget can be allocated, not yet the actual distribution. From the paper it reads: “The allocation of budgets thus often is framed under the perspective of effort-sharing. Allocation mechanisms have been categorized based on the three equity principles of: responsibility, capability, and equality, and on their various combinations ”.

You can also divide that budget per country, and then calculate how long each country has before running out of its share in budget. The easiest way for this is logically by number of people, each of whom is equally entitled to CO2 emissions. A fair share for the Netherlands is then 0,75 Gt CO2-eq (out of 320 Gt remaining), which implies (with 0,17 Gt yearly emitted) that we will have passed our 1.5 degree budget by the end of 2024. Which also led us to conclude that this budget is not even enough to retrofit the total existing building stock to the zero-emission performance, with a partial sectoral budget. Let alone allow us to afford emissions for new building. In fact, new buildings must already be built and inhabited without CO2 emissions today. [4] [5]

Apart from that, there is quite a bit of discussion about the distribution of that budget: Because we, and all industrialized countries with us ( or ‘overdeveloped countries’), are mainly the reason that there is so little budget left. Developing countries have eaten much less of the cake, and partly also live in conditions that are substandard, not even complying with ‘minimal human rights’. [6] Think of the targets of the SDG’s by the UN, the Sustainable Development Goals for the world. [7]

But that is a difficult discussion, since how much ? A distribution key based on that 100-year-old story is not feasible anymore. After all, at that time less than 2 billion people lived on this island in space, now there are already 7.5 billion and rising. It is impossible to settle for that. You will have to start from the current situation, since you can’t change the past.

What then, starting today, we asked in one of the sessions, if we do not look at countries, they are artificial constructions anyway, but at the basic needs of people, regardless of where they live. So not what everyone wants, but what everyone should have access to, at least.

In that case everyone is entitled to a at least equal basic package. This naturally starts with fresh water availability, followed by basic food supply (vegetarian basis) . And you cannot deny people a home, as is also stated in the declaration of human rights *. Not a big one, but a decent one. Construction of houses is the largest emission source under the -basic- needs. But, (and now it becomes free brainstorming, not science) arguing this way, the distribution could be related to an equal distribution of m2 ’s of basic housing…

Suppose we take the average of Europe as a starting point. Per Capita in Europe we live on approximately 33.7 m2. [8] Lets take that as the basic home reference. Its directly clear that we have to introduce a redistribution of space, even within Europe: People in the former Eastern European countries generally live smaller, with Romania as the lowest, an average of 21 m2 per capita.

More importantly, there are the people who don’t even own a house yet. Since there are about 300 million people living in refugee camps, and about 900 million people in slums. That is 1.2 billion who actually still need a home. They would be entitled to that 33 m2. And population is growing, there are another 2,5 billion arriving the next decades….

It is clear that we in the Netherlands for instance may think that we need huge construction work to be done, for new housing for instance, at the cost of a lot of CO2 emissions, but following the above arguing, we are entitled to 0-emissions, in Europe, but even more if you look at this globally.

In order to cope with the demand here in the Netherlands, we should just start living a bit smaller, freeing space for newcomers. When children have left the parents home for instance, it is moving to a smaller house or, for example, splitting the house. (which also has an enormous effect in reducing energy costs / demand). In Eastern Europe they still have some space to build, but the vast majority of CO2 related building capacity should go to new construction for those people who have never had a home, or now live in a shack. 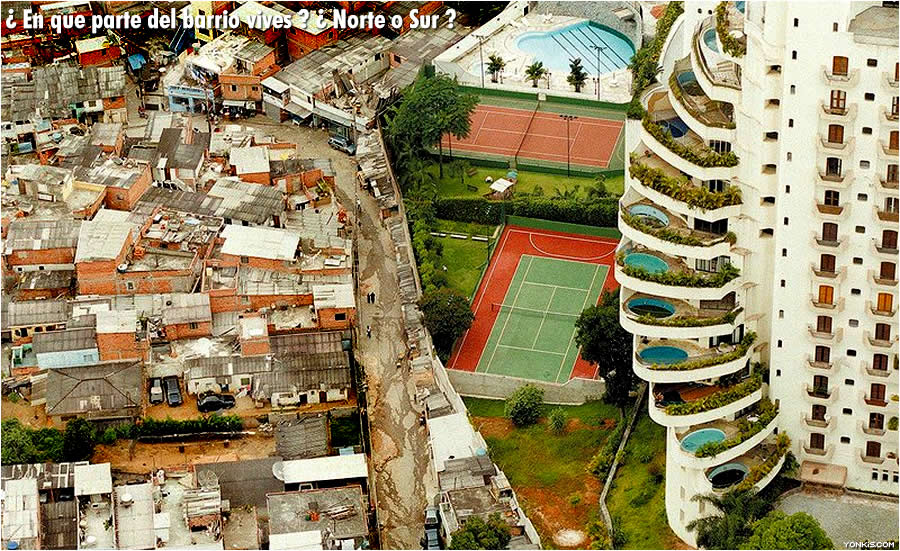 Mind that in that case they still do not have access to the infrastructure that we in the ‘Carbonised countries’ already posses, for which we have already deployed the necessary emissions. For roads in particular, or water sanitation and sewers, or electricity supply. We still would have enormous advantages over the global average. Ok, you cannot reverse the past. But for sure we can and must equalize the future.

You can also look at it from a wider angle: If we don’t do that, and we all claim our equal share, (and will even use more then our fair budget share, the emissions are still rising), we will have to face the consequences : Like, for example, large flows of refugees , which in turn when having arrived in our industrialized countries requires that we build houses for them, since in our industrialized democracies everyone has a right to a house… And they will come to claim that right … If the policy is that refugees should be helped locally, you better built their houses in their region…. (supposing food and water is also taken care of).

Anyway, this is only an exploration of me personally, arising from discussions with the group, but not a proposal or position from the group of researchers. Nevertheless, anyone who reasons straight on with that remaining budget as focus, and how that should be spent, can not avoid to take this approach fro basic services for all into account and to prevent the richest countries from exhausting that budget fast.

* The right to a house in that declaration of human rights can be questioned as well [8]: In fact, not everyone is entitled to a house of 33 m2. You cannot derive any rights from nature and its limited resources. You can say at most: everyone is entitled to an equal share of sources, of that part that can become available on a renewable basis every year. The question is whether that’s enough to supply everyone ( 10 billion) with a house of 33 m2. Moreover, if you grant each earth inhabitant a certain or equal share, in principle someone can spend those resources at their own discretion: who wants to live in a tiny house of 12 m2, and saves some resources for other things, should be free to act as such. See my book [9]

[2] report by the carbon budget expert group, presented at COP 22 in Marrakesh, 2016

there are several sources, these taken:

[9] People vs Resources, restoring a world out of balance, 2019,publ. Eburon, https://eburon.nl/en/product/people-vs-resources/