It’s about time to face the hard truth here in the Netherlands: building below sea level isn’t handy, to say the least, to say modestly it’s destroying capital, and to say it hard: it’s endangering people. The soil is sinking, the sea level is rising, the rivers are overflowing, the water is coming under the dikes, downpours are ahead, etc.

One study after another shows that sea level rise does not stop by itself, that it is not gradual, but is rising faster and faster. Part of Greenland has already passed the tipping point, it seems. Even the Earth’s axis has already shifted slightly due to the melting of glaciers and ice shelves, and shifting of globe’s balance. That could also trigger earthquakes, because of the pressure differentials , which could lead to tsunamis in unexpected places, or large chunks suddenly breaking of Greenland’s ice-sheet. That sounds far-fetched, but it cannot be ruled out.

So what to do? It is time for a moratorium on building below sea level, or better, even below 2 meters above sea level. Which is half the country. In addition, it is time for a long-term policy to move as many activities as possible from below Sea level to above Sea level. A plan is needed for that which is to be preserved at all costs, as has already been suggested, for example, in Lola’s plan [1]. This mainly concerns old city centers. . The rest would have to be redeveloped or moved, at a natural moment somewhere this century. But this increases the claim on 2mtr plus land hugely. This in turn means that we should limit construction as much as possible. Both in terms of reducing the need for buildings or homes, or to use them in much more effective ways, with less m2, for example, and yes, this implies also smaller living areas, we all have to shrink our m2 need.

Are we going to make it with that? No, of course not, not if we continue with the current economical model. But then, we are in the top 5 most populous countries in the world, half of which is below 2 mtr above sea level. That makes us one of the most threatened countries. It is therefor that I previously suggested donating the Netherlands as a gift to Germany, as a new Bundesland. Then we have some hinterland. But that might be a too revolutionary thought. What is also possible is that we set up a major immigration stimulating policy, in order to slowly create some space. Looking for asylum in the rest of Europe, so to speak. We will not survive without Europe in any case, despite what some political parties claim.

But even then, the pressure on the east and south of the Netherlands, the higher parts will be much greater. Are there any ideas about that? How to organize housing there? No, not specifically, that I know of. Except for some studies into the organization of the Netherlands in general. See below.

Floating houses? That is possible, it is however a form of denying the problems, and stubbornly staying put when the water rises. Until you realize at a certain point that the entire infrastructure is not designed for this… Then your house is save, but your living environment has disappeared, drowned. Ok, maybe you can still be dragged to a new place, but is that the desired future? Or anticipating that future wisely? Or is it just a gamble? The Guardian already wrote about it : ”Sea Steading” [2]

Are there any other options? Let’s do some calculations to get a feel for the proportions: can we all move to the east and south of the Netherlands, what would that mean?

Suppose we build a string of building apartments, 4 levels high, along the German border, that border is already winding 577 km long, so also that apartment building. Divide that by, say, 8 mtr apartment width, then such a string adds up to 288,000 apartments.

Suppose we all move, and live on average as we do now, ie in numbers of residential units, then we need 26 of those strings, each 10 meters deep and with say 30 meters between the strings, then that together makes a strip of slightly more than 1 km wide with apartment buildings along the entire border.

Of course we don’t have the materials and (renewable) energy to do that, but that aside. In this way we also keep most of the remaining land open for the necessary agriculture (for food and materials). At the current construction rate of 70,000 new homes per year, we will need working on each string for 4 years, so this requires a total of 100 years. Until well after 2100. It seems to me that we really should start, now… Ok, a few already live above 2 mtr +, but not so the majority. It is also easy to find out to which group you belong. Coincidentally or not, the Dutch road authority (RWS) has already built the highways at more or less the border of 2 meters+. From the A58 in the southwest, via A16-A59-A2-A27-A28-A32-A7 in Groningen towards Germany. 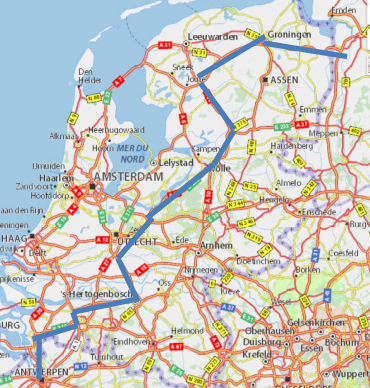 Do you live “above” or below? Anyone who invests North of these roads is actually throwing their money away: capital destruction. You might as well throw it in the water right away…. 😉 . (Which would have the most effect…).

Those highways are therefore actually the foundations for the new dykes. The New Dutch Waterline, 2.0. Funnily enough, this has already taken shape in the ‘overdiep’ polder along the Oude Maas, where the land has already been given up and the farms (in the area below 2 mtr +) have been reconstructed on mounds of 6 meters high. You wonder why they did not immediately put them on the other side of the dike. However, the government did not, of course, always afraid of moving farmers. So millions have gone into tearing down and rebuilding those farms. That too aside.

So you now know where you belong. But willingly or unwillingly, that movement of people and activities will start anyway at some point. Even if we don’t arrange anything, the realization that it is not convenient to live below sea level, or to run a business there, will sink in at some point. 10 years ago I saw the first advertisement for a house for sale with the height reference listed (which was for that house +8 mtr) and recently I heard that there are already big land owners who sell their land in Northern Holland, now that they still can get good price. 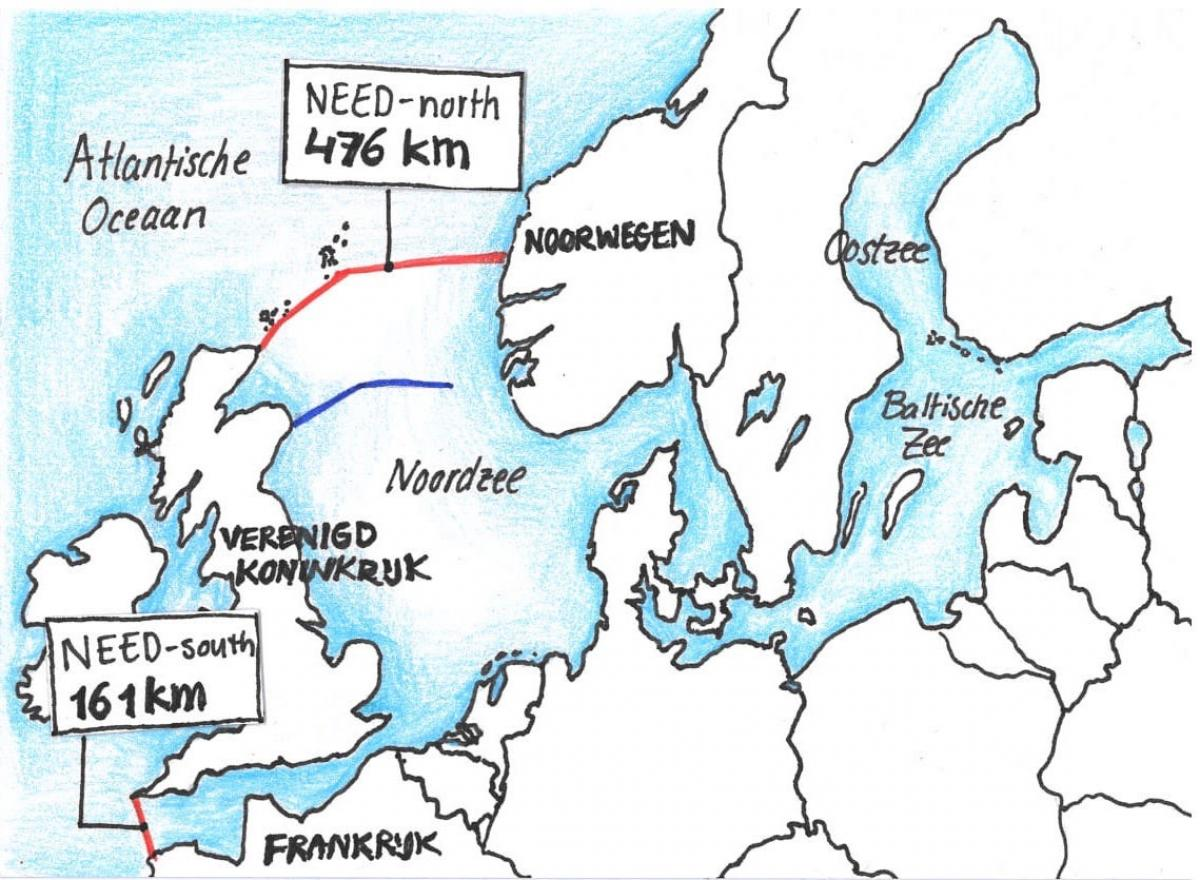 Problem solved, it seems, and the dredgers are happy again for years to come. But yes, there is a disadvantage, as prof.dr. Peter Herman mentions: 1 bomb, on that dike, and the whole of Northeast Europe will soon be wet.

I wouldn’t bet on it. Perhaps, and that is also very Dutch, it is even better to invest in a beautiful sailing yacht: A lot of fun, you can live on it, and it just blows and floats with all the winds. At least, north of the new waterline 2.0

In fact, the people who are now in possession of such a sailing yacht in one of the many ports are best off. They have a Tiny House, and they are afloat, and they are mobile ( with renewable energy!). Lets all join and our housing problem is also easily solved: just mass production of those yachts, we already have the factories. And plenty of water, which is only going to get more. ‘Holland’ no longer exists, the Netherlands is then divided into Dryland and Boatland.

And then we immediately see how the cities of the future might look like: a glimpse into that future is already there: those are the Marina’s .…

PS For Dutch readers: this article was created after I was asked to cooperate in a video blog series called “The Fixers’, by Thomas van Belzen. The episode (5) can be seen here: https://www.cobouw.nl/fixers